Bookabuy is an independent small business that offers a unique, personalised and fun book subscription service. They were launching their business and needed an ecommerce website to sell book subscriptions online.

The site development brief required giving customers the ability to purchase subscriptions of different lengths in a variety of categories, and ensuring the site worked on all devices.

TINT Digital were to provide the design and content work for the site, while I provided the web development expertise.

Processwire was chosen as the CMS with Snipcart chosen to power the selling of subscriptions.

Since it's initial launch, further features like event specials (Mother's Day/Father's Day) and book bundles have been added with the latter integrating with an external API.

In it's first year, Bookabuy has garnered an impressive reputation being voted into the Top 100 list in the 2016 StarTrack ORIAS People’s Choice Award, alongside brands like BONDS, Amazon, David Jones, Black Milk and Booktopia, and being named as a finalist in the Australia Post Small Business Awards. 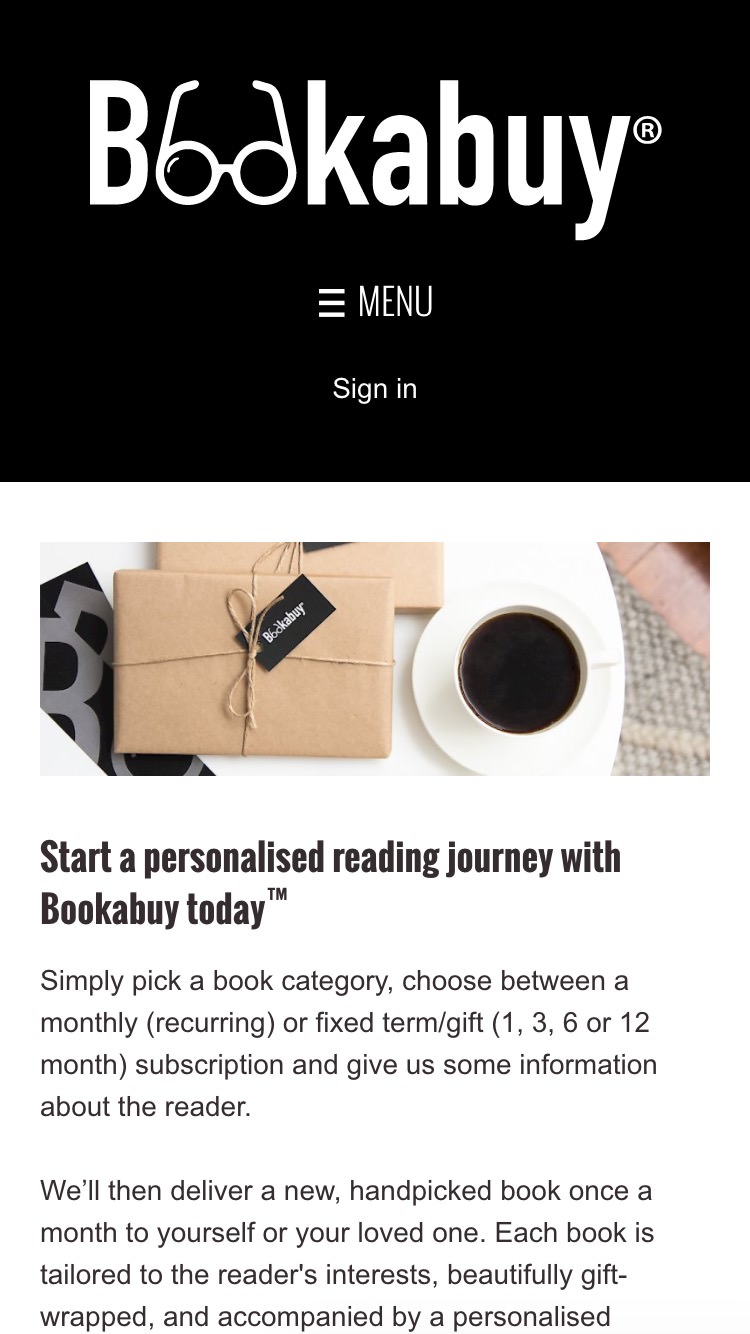