The Gap Plumbing Service was expanding their business to include the Sunshine Coast as well as the northern suburbs of Brisbane and wanted to create a new website encompassing both locations, rather than replacing the existing website which was still performing well in searches.

Their original website was built on Wordpress and initially development of the new site began on Wordpress as that's what the site admins were used to. But trying to achieve what they wanted to do with existing themes was proving difficult and frustrating, so we changed to using Processwire instead and completing the website became much easier and pain-free. 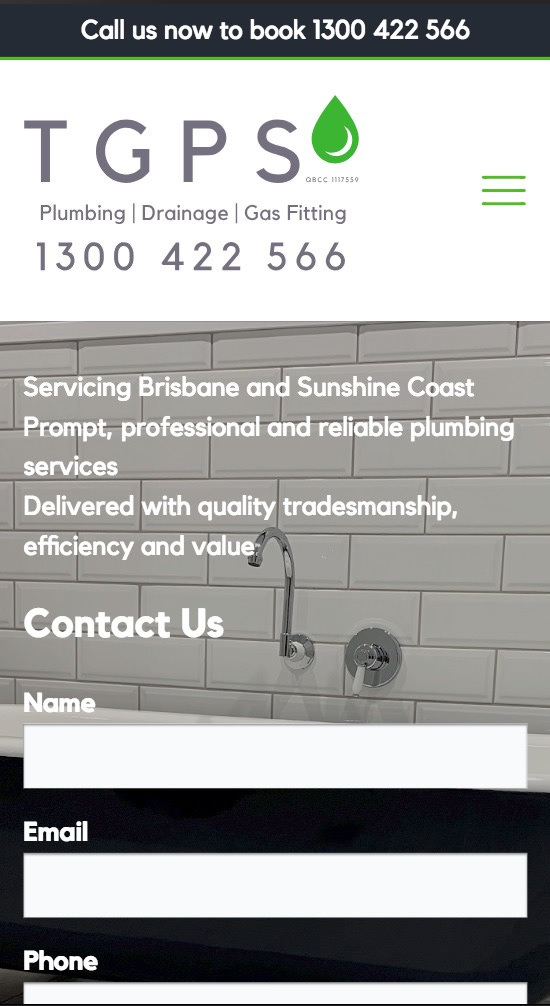