Enterprise Distributed Technologies, based in Brisbane, provides Windows-based FTP solutions and specialises in secure file transfers and tunnelling options. When they contacted me, they had a WordPress-based site that was several years old.

They wanted a new look for the site but also a new structure and to completely rework their messaging. For the latter task, they enlisted the help of a UK-based internet marketer, and between him, the site owners, and myself, we worked on the project together.

One of the requirements of the brief for the project was that the site have a content management system that is secure. The previous site was using WordPress which doesn't have a good security record. I recommended that the site be rebuilt on CraftCMS instead, which not only has an excellent security record but also comes out in front in terms of its ease of use and user interface in my opinion.

So the first part of the project involved doing the content modelling for the new site, exporting the data from the existing WordPress site and then importing it into Craft.

The bulk of the project then involved working on the new design – which was to be clean and modern – and creating templates in Craft that recreated some sections from the previous site but also gave more prominence to their flagship product, CompleteFTP.

We commissioned John to build our new website. It was a complex job that expanded well beyond the initial requirements, but John never complained, producing a site we are extremely happy with. John has always been helpful, prompt in responses, and overall a pleasure to work with. 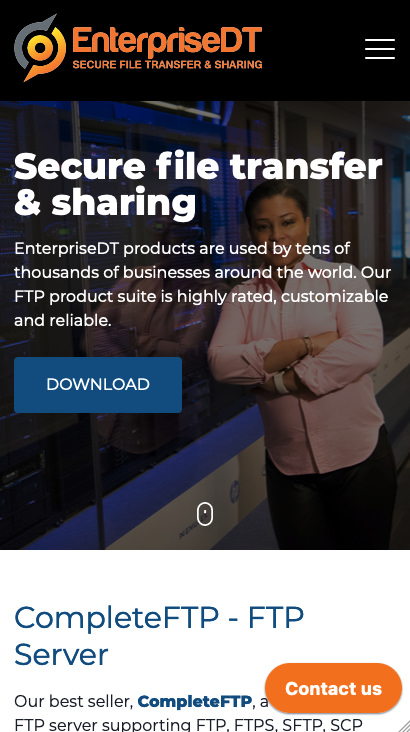