The Greater Brisbane Junior Tennis Association (GBJT) has been organising junior tennis fixtures since 1960. Originally based at Milton, GBJT has now established and run junior fixtures from both the new Queensland Tennis Centre at Tennyson and The University of Queensland.

The primary purpose of the site was to provide news information for junior members and also to take enrolments for each new season of which there are two each year. I first got involved with the association in 2007 when I redesigned their site, building it on the ExpressionEngine (EE) CMS. In the intervening years, not much had changed on the site, so eventually, it came time to give it a fresh new look.

The site had been running on an old version of EE, a version that is no longer actively supported. So the first part of the project involved upgrading to the latest version including the add-ons used on the site, mainly Freeform which is used to handle the enrolments and send notifications to GBJT admins.

On the front-end, the colour scheme was informed by the association's logo which moved away from the slightly greener theme that was there before. TailwindCSS was used for the styling with Alpine.js used for interactivity. 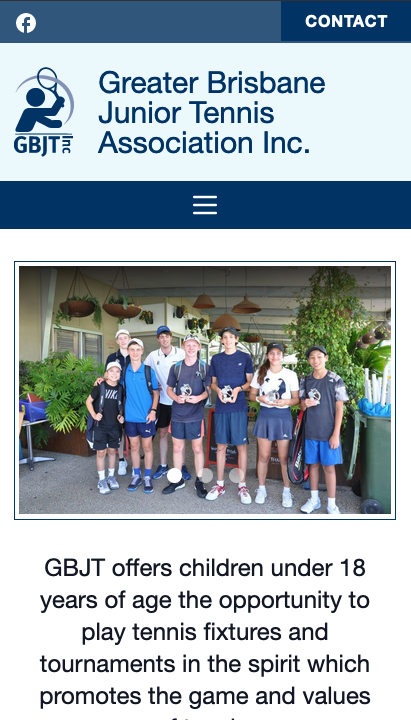